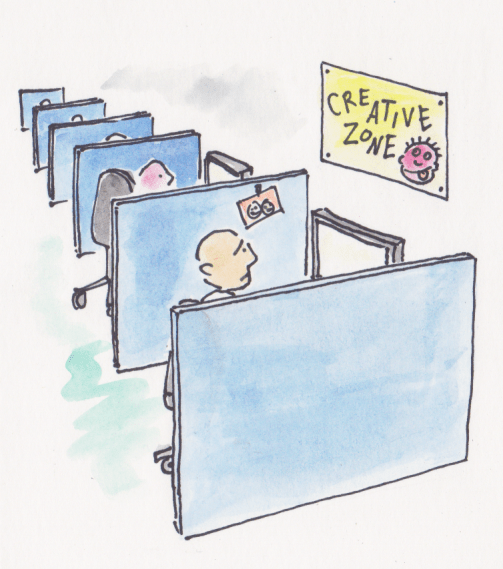 One day while I was banging away on some CSS, one of my company’s software engineers stopped by my desk and asked if I could design some buttons for her app.

She explained how the app performs some complicated image analysis and manipulation. The mechanics worked just fine, in fact the app was about to be QA’d and released. But the company owner had remarked that its visual appearance was a little flat and somebody said “let’s see what the designer can do!”

As the lead (and sometimes only) designer in a small in-house team, small design requests like this often come across my desk. A few buttons for an app, some graphics for a Powerpoint, an icon for an intranet page, whatever. These requests come from projects that consider design as something to be added in late for a “quick win.”

When I asked the software engineer about where the buttons would go and what they’d do, she showed me her app. Needless to say, the app looked as if it considered Windows NT the pinnacle of design. Grey and dull blue, default Windows chrome, and black system fonts everywhere. Every screen was crowded and the flow was tough to follow. The app was not very inviting and made me think only one thing.

Like many designers, I believe design should be part of the process from the beginning. But this app treated design as something to be bolted on towards the end.

After seeing the app in action, I was tempted to suggest several changes to improve the overall look and experience. Small changes, but changes nonetheless. But I knew that’s not what I was asked to do; I was asked to create some buttons. To put lipstick on a pig. To add a drop to the ocean.

“The UI is ugly and the experience is confusing. What difference are these buttons really going to make?” – my inner monologue

If project doesn’t regard design as an important role, why should I let it take me away from other projects that do? I earn my living designing things from the ground up and working on complex issues. It's what I enjoy most and where I feel like I’m making a real difference.

But a set of buttons? Ugh.

Sometimes I think about saying that I don’t have time to fit in requests like these buttons simply because I don’t believe they’ll make any difference. But I don’t want to disappoint my coworkers and friends because of my pride. So if someone asks for a button, I give them a button and don’t worry about reinventing the rest of the experience.

Design doesn’t have to be an integral part of every project. That might be a tough pill to swallow when confronted with tasks like this. But if we create something fast and ship it, we can get back to our bread and butter in no time.

In the case above, I downloaded a PSD button freebie (yay community!), modified the hell out of it, and used it to create a series of buttons for the software engineer’s app. She was happy with the upgrade and I didn’t lose momentum on my core work.